OTTAWA, September 6, 2017 – Members of the Ottawa Real Estate Board sold 1,538 residential properties in August through the Board’s Multiple Listing Service® System, compared with 1,481 in August 2016, an increase of 3.8 per cent. The five-year average for August sales is 1,343.

“Condo sales continue to strengthen the Ottawa resale market,” says Rick Eisert, President of the Ottawa Real Estate Board. “These numbers also assisted in setting a new record for the number of units sold in August, pushing August 2016 unit sales into second-place. In comparison to last year the number of condo units sold was up 22.1 per cent, whereas residential units have held steady with a less than one per cent decrease over this time last year. We are actually seeing very similar numbers to that of July 2017.”

August’s sales included 359 in the condominium property class, and 1,179 in the residential property class. “The number of new listings and inventory levels for the month of August continued their steady downwards trend compared to last year,” explains Eisert. “However, prices continue to remain relatively steady, especially in comparison to other markets in Canada. Over the past several years, Ottawa has been more or less on par with inflation rates.”

“While REALTORS® have reported fewer multiple offer situations in the past month, we are seeing Sellers receive asking price or very close to it,” says Eisert. “Cumulative days on market have tightened significantly since last year. Residential listings are selling almost 30 per cent faster than this time last year, and condo units are selling just over 10 per cent faster than last year. Although, keep in mind that while some areas within the Ottawa market are quite active, other areas of the city remain less active.” 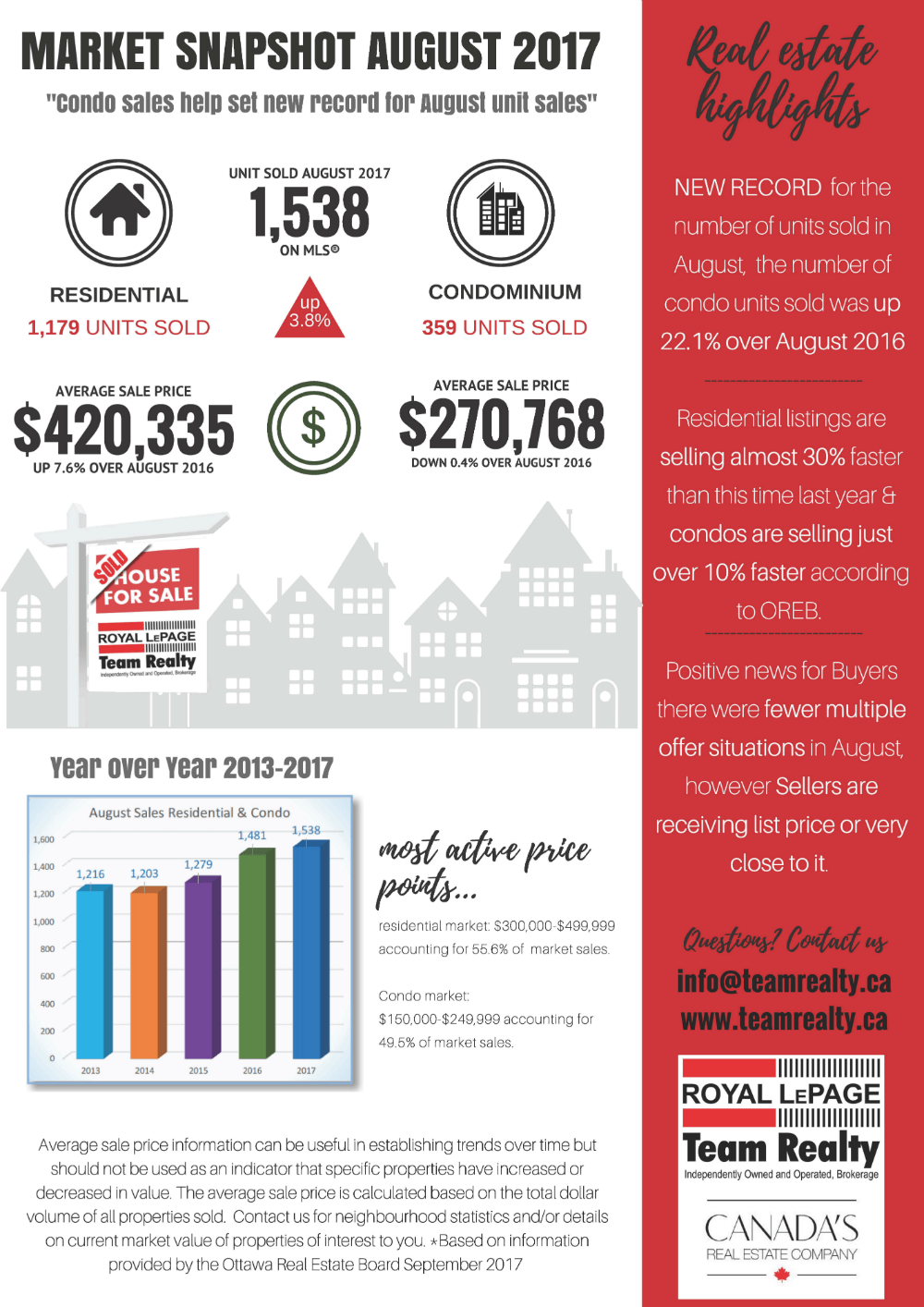